This is a gallery of photographs focusing upon the Maiden and Durham families that settled in western Nebraska and northeastern Wyoming. While we have no photographs of George Maiden (1811-1891), we do have photos of many of his descendants. We're also including images from the Durham family, which joined the Maiden line with the 1915 marriage of Leota Durham and William J. Maiden. This collection includes a few contemporary gatherings of the family. You can click on any photograph to choose a larger-sized image. Let us know if you have photos or information you'd like to share. Contact us at Maiden Archives. Thank!
Read More 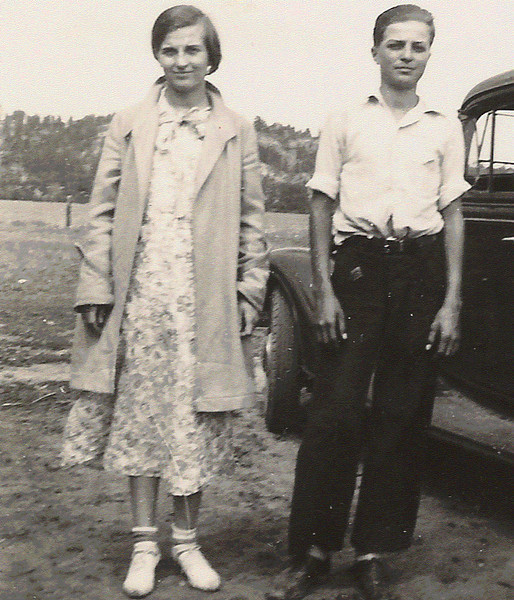 These are the children of Tom and Ada (Bear) Durham: Merle and Gale. Gale was killed in action during World War II fighting in France. Merle died in August of 2009, within 10 days of the death of her cousin, Daisy (Durham) McGuire.

This photograph is undated, but it was probably taken in the late 1930s or very early 1940s. I regret that I have no photographs of Daisy McGuire, although I do remember her. She was born and spent most of her life in and around Chadron, Nebraska.